The goal of the project was to design a hypothetical production of The Nerd that would take place within the the University of Northern Iowa's blackbox space. As the lighting designer I was restricted to using only instruments available within our department. 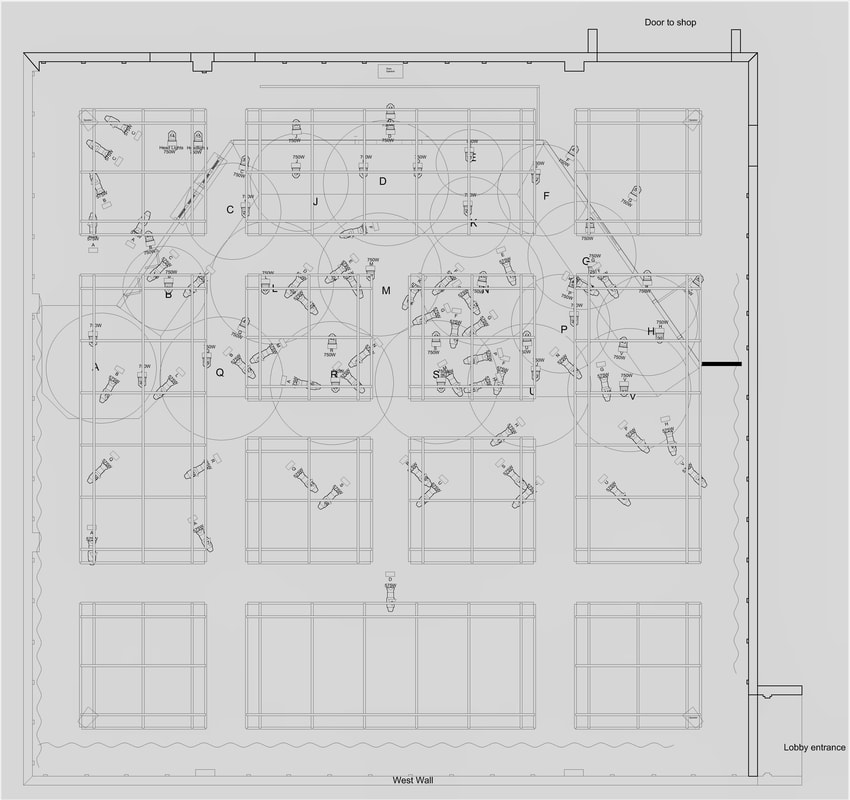 I used a mix of source fours and 6" altmans to create a wash of the stage, assigning all instruments to acting areas, labled in the paperwork and on the plot. Along with those instruments, I used a mix of gobos and Seachangers to add special colors and moments to specific areas of the production.